Deprecated: Function create_function() is deprecated in G:\PleskVhosts\jennymeyerhoff.com\httpdocs\wp-content\themes\dynamik-gen\lib\functions\dynamik-navbars.php on line 619
 The Next Big Thing and OMG! My New Book!!!
Recently the lovely Sarah Aronson tagged me to participate in a great get-the-word-out game called The Next Big Thing. Basically it’s a blog campaign that started in Australia (not sure which brilliant Austrailian author thought of it) wherein authors with new books tag other authors with new books and share the love all around. Each author answers the same series of questions and then toots the horns of their fellow friends with pens.

So, here goes:
1) What is the working title of your next book?

My next book is officially titled The Barftastic Life of Louie Burger. It had a lot of different working titles, the first one was Help! There’s a Sister in My Closet and another one was Loudmouth Louie. I like the current title best. In the book, Louie Burger is a boy with a big dream. He wants to be a famous stand-up comedian, even though he only ever performs his routine alone. In his closet. He figures that someday he’ll grow out of his stagefright, become rich and famous, and sell his autobiography. That autobiography will be called, you guessed it, The Barftastic Life of Louie Burger. Barftastic is Louie’s catch phrase.
2) Where did the idea come from for the book?
One day, my middle son came home from school in a funk. As he sat at the kitchen table, eating his after school snack and telling me about all the ridiculous rules at his school, I thought he sounded like a grade school comedian. A light went off. Bingo! What a great voice for a middle grade novel. What’s the deal with gym?
3) What genre does your book fall under?
This book is a humorous middle grade novel. Great for ages 8-12 or anyone who love silliness.
4) What actors would you choose to play the part of your characters in a movie rendition?
I always find this question super hard to answer. I don’t know many young actors, and in any case, they’d likely be too old by the time casting started. I typically imagine young people that I know personally, not actors. I could tell you their names, but you probably don’t know them!
I do picture Joan Cusack, whose work I love!, as the mother.

5) What is the one-sentence synopsis of your book?
A misfit boy dreams of being a stand up comedian but is in danger of becoming the class joke instead of the class clown.
6) Who is publishing your book?
The lovely, lovely people at Farrar, Straus and Giroux Books for Young Readers and Macmillan.
7) How long did it take you to write the first draft of the manuscript?
The first draft took about six months. The revisions are another story.
8) What other books would you compare this story to within your genre?
The Charlie Joe Jackson books have a similar vibe. I was aiming for a modern Tales of a Fourth Grade Nothing feel. 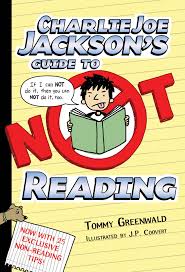 9) Who or what inspired you to write this book?
The first spark of this book of this book came from my son, but I’d combine that with my huge love of comedy. Especially older comedians. I love to see through they eyes of a character who’s just discovering Buster Keaton or The Marx Brothers for the first time.
10) What else about the book might pique the reader’s interest?
Well, it contains the world’s longest word, tips for torturing your siblings, the world’s most delicious sandwich and barf. Are there any better inducements than that?
Thanks for sticking around for all the answers!
Check out Sarah’s post from last week, and next week look for three authors I think are super-fantastic to play the game. Jody Feldman, Kristin Tubb and Allan Woodrow!
Notice: compact(): Undefined variable: limits in G:\PleskVhosts\jennymeyerhoff.com\httpdocs\wp-includes\class-wp-comment-query.php on line 860